Angela White was still in high school when she began her career in pornography, just days after her 18th birthday. Today she is arguably Australia’s most recognised adult performer, having worked alongside industry icons like Phoenix Marie and Alexis Texas. But her achievements are not limited to those captured on camera. During her time in the industry, Angela has graduated from the University of Melbourne with First Class Honours in Gender Studies, campaigned as a candidate for the Australian Sex Party and developed her own innovative production company, AGW Entertainment - kicking the tired assumption that sex industry workers are a bunch of flakes and no-hopers squarely in the nuts. We caught up with the indomitable mega babe for a chat.

As a small person growing up in Sydney’s Outer West, I wanted to be Ariel from The Little Mermaid and Edward Furlong in Terminator 2 in equal measure. Who were your idols when you were growing up?

Up until my teens I was too engrossed in the lives of animals and Goosebumps books to spend too much time revering any particular human or character. I would have been 12 or 13 when I became obsessed with female models in sexualised advertising catalogues. This one leggy brunette in a Wolford advertisement drove me particularly crazy. She was probably the first person I truly idolised. She stood in the street with her legs apart in purple fishnets and a short crocheted dress and stared right into the lens with a confidence verging on disdain. I thought she was badass.

The decision was cumulative. The constant attacks during high school over my sexual behaviour put me in a position where I was actively searching for a space in which my sexual desires would be accepted and celebrated. I wanted to be with men and women, but no matter how I expressed myself I was branded a slut or a lesbian. I do remember one moment when I was sitting on my bed in my family home flipping through Penthouse letters and I just couldn’t stop staring at this photo of a blonde woman spreading her pussy lips for the camera. The mixture of pleasure and pride on her face made me simultaneously want her and want to be her.

You’ve been a huge name in the business for over 10 years now. How has the industry changed since you started out?

What you're doing with your website is pretty revolutionary. What have you learned about your fans, now that you’re spending more one-on-one time with them via the web?

The best part of being so close to my members and fans is that they inspire me to expand my definition of the sexual. It is an honour and a privilege that they feel comfortable to tell me their deepest desires - everyday I learn about new fantasies that I then get to explore for myself. I’m already very sexually creative but my fans and members often tell me about how they are turned on by something that to me seemed previously mundane. I then get to challenge myself to think ‘Okay, so how can this can of spaghetti be as sexy to me as it is to them?’. It’s amazing what you can do with a sexually open mind.

I wouldn’t consider an incest fantasy to be particularly extreme. It’s not a fantasy that particularly excites me personally, but it is something often asked for by male and female fans alike. Even Clueless, an M rated movie in the 90’s, was happy to have Alicia Silverstone’s character end up with her step-brother.

Pornography was the first time I saw my own body reflected back at me. I didn’t have the perky, nipples-to-the-ceiling tits that fashion told me was beautiful. Having heavy natural 32GG cup breasts meant I had thick purple stretch marks and breasts that demonstrated Newton’s law. Porn magazines were the first place I heard stretch marks referred to as “beauty marks” and saggy breasts referred to affectionately as “hangers”. I don’t think pornography can take all the credit for widening the definition of what is considered sexy but in my experience I didn’t find myself sexy until I was exposed to pornography.

Switching gears a little bit - I wanted to ask you about some of your academic work. While completing your Honours degree in Gender Studies at Melbourne Uni you conducted some qualitative research into the experiences of female performers in the Australian pornography industry. Can you tell us a bit about your findings?

You ran as a political candidate for the Australian Sex Party in the 2010 Victorian state election and were particularly vocal on the issue of sex worker rights. That was five years ago - do you think we’ve made much progress in the area of sex worker rights?

There’s still a long way to go. Sex workers continue to experience structural discrimination from being denied loans to having their jobs used against them in custody battles.

Do you feel your work in pornography has given you a greater platform to express some of your ideas on social and political issues?

I'll be completely honest here and say the only reason I’m given this platform to speak to your readers is because I’m not scared to share my gaping arsehole with the world. Pornography has given me more, not less, opportunities to lead a life that is meaningful to me. Pornography has allowed me to travel the world, to challenge myself and to live my art. The platform has also allowed me to share my message that sex and sexuality should be embraced and celebrated. There’s a lot of synergy in my life; my work in pornography informs my feminist politics which informs my research which informs my work in pornography. 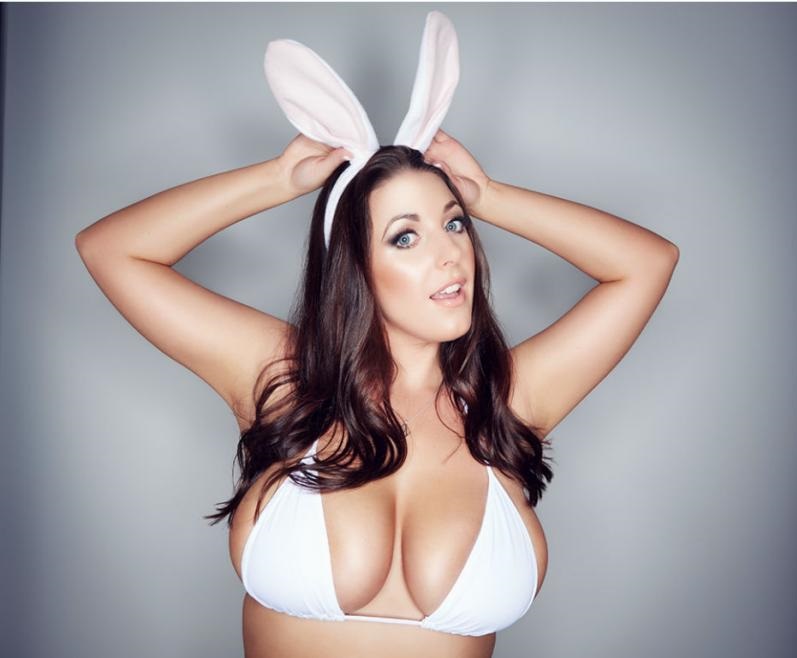 Are you currently in any relationships? I can imagine it would be hard to find partners who aren’t intimidated by you.

A desire to censor or ban pornography because it appears to affirm some people’s internalised misogyny is as problematic as a desire to ban action films because it affirms some people’s beliefs that they can summersault off a building and survive. Better sexual education and better education more generally is the key to an informed society, greater equality and a healthier democracy.

Our male readers were most curious about whether you’ve ever been recognised by someone who probably shouldn’t recognise you (i.e. a priest, a politician), and whether there are any particular fetishes which are definite ‘no go zones’ for you?

I try my best not to hang out with priests and politicians. They have the dirtiest jobs (laughs).

In all seriousness though, it’s the people who probably shouldn’t recognise me who are paying my bills most weeks. Many of my website’s members reside in conservative US states, the Bible belt and the Deep South.

And I don’t really have specific fetishes I won’t partake in aside from anything non-consensual. I’ve learnt to never say never, because things I thought I would never do I now do regularly and enjoy. I’m constantly exposed to new fantasies and fetishes in my industry and by keeping an open mind I’ve been able to expand my own sexual repertoire and my definition of what is and can be sexual.

WIN: Visit https://www.facebook.com/collideartandculture for details on how you can get your hands on a copy of Collide Mag Issue 4 signed by Angela White!